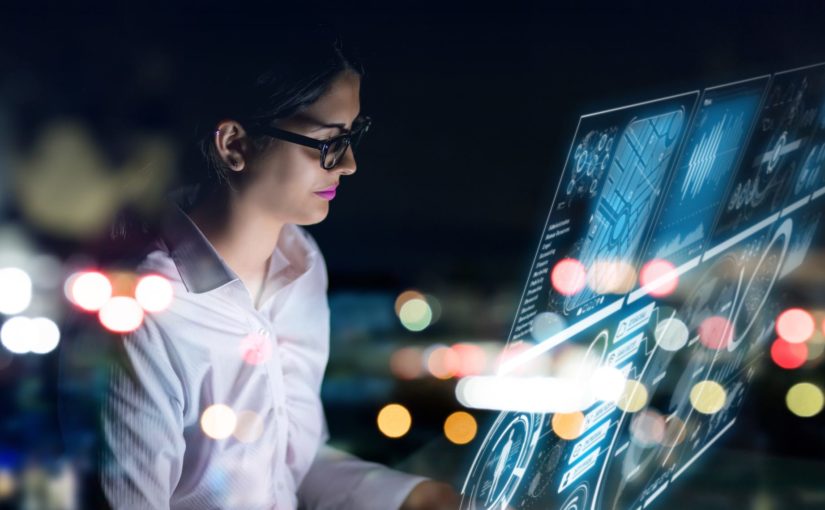 There is plenty of hype about Artificial Intelligence of late. It seems to be a panacea for all that Big Data you collected in the previous hype round. But, like any buzz word, there is a lot of misconceptions about what it is, what it does, and how you can use it.

So I’m going to try to explain in layman’s terms what we can do with this new approach to data, and most importantly how it can be of actual use to you.

Imagine for a moment, you want to write the greatest pop song ever. You start by collecting a whole bunch of pop songs and get some criteria

etcetera. Now with all of this data, you may find that most of the best songs were written in the key of A major. So you start there. They have an average BPM of 90 to 105. So that’s how fast the song goes. You continue down this track and now you know what a pop song sounds like. You then try to flip this on it’s head and create a pop song.

You listen to the song and realize that you have created a very pastiche attempt at a pop song. This is AI in a nutshell. Artificial Intelligence will grab all your data and look for patterns in it. It will then try to guess what is going on based on what has happened before.

There have been all sorts of attempts over the years of people trying to make computers look intelligent. These started with Eliza which was a program that would ask you questions, and examine your answers for key words and phrases and then try to ask questions based on these answers to simulate a human conversation. This allowed computers to start acting like humans. But as we all secretly know, behaving like a human is not really quite the same as behaving intelligently.

What was needed was a need to make the space in which the computer operate in simpler. So the first attempts were based on simple games such as chess. Deep Thought was the computer that first did this to become a “Grand Master” without an actual brain. Each piece has a finite set of movements it can make. The space is finite. The possible moves are therefore finite. The outcomes are therefore finite (If extremely large) And so a computer can try to see into the future and work out what to connect to improve their chances of winning by watching a bunch of games and scoring a given move.

There were some improvements to this system of learning stuff and filtering for the best result. Big Blue, Deep Blue and then Watson. Watson was remarkable because it was able to apply learning to a whole bunch of web pages, wikipedia articles, books, and databases so it was able to compete, and eventually win a game of Jeopardy.

Now there is a gold rush going on to apply AI to as many knowledge domains as possible to back up decision makers to improve their decisions.

First thing you want to do with your AI experience is realize that there is no “One Size Fits All” algorithm. Going back to our pop song analogy. To be able to spot a pop song, you need a bunch of pop songs, and a bunch of other sounds that the pop song will be placed into. The more of each, the more accurate the guess will be.
You then pass all this information into an AI algorithm where you have the following conversation.

You now have enough samples of what makes a pop song for a computer to be able to tell the difference with a song it has never heard before, with a high degree of accuracy. It does this by comparing any new song to it’s database of “Things that sound like pop music” and can then give you a binary answer. The next step is that the Pop song can then be filtered against your original list. That will give you the song and artist.

Then we can do something with all that knowledge. We can give the computer a guitar and tell it to “Write something poppy that the kids will love.” The computer will then make noises on the guitar until it makes noises that sound a bit like pop music. It will glue these together until t has what it thinks is a good riff. Then it will present it to you and say

“What do you think?”

You will take one listen and know what it is. A pale imitation of a pop song, but a pop song none the less. All we need to do to close the loop is to invent a listener who listens to the pop song and tells the writer how “poppy” it is.

Because I am mad, my introduction to the wonderful world of artificial intelligence was born of a problem that my children inflict upon me. They leave their shoes all around the house and then, just as we are leaving for school, scream “I can’t find my shoes!!!”. So there is the problem. A sane parent would simply train their children to put the shoes where they go. Not me. I am an insane parent. So I built a robot to locate shoes around the house.

Step one is to make a robot with enough smarts to map a house out. Most of these problems are solved. I used a mobile phone using GPS, WiFi, Compass, and Augmented Reality measurements. Also an Ultrasonic Sensor on a servo was added to add a little more depth to the surrounds.

Step two was twofold. I tidied up all the shoes in the house and videoed the robot mapping out the house. The video was then used as the basis for “Things that are not shoes that you may find around the house.” picture set.

The third step was to place every shoe in the house on a turntable and photograph it from different angles. These photographs became the basis for the “Shoes” picture set. I divided these photos into two groups. One was to learn what a shoe looks like, the second was to test if the system could distinguish between “House” pictures and “Shoe” pictures.

I pump all of these pictures into an AI system such as RCNN or Tensorflow, and I end up with a compiled, indexed library that can be used to detect a shoe. I can then point my phone at a shoe in my house and it will draw a box around it. Using maths, I can now locate the shoe and place that location on a map, complete with the picture of the shoe.

This makes me a crap father but gave me a good working knowledge of AI.

How Can I use AI for my shop?

Let’s say you have a shop, and you have a finite amount of resources. You need to identify patterns in behavior between genuine customers and time wasters. What data can you capture in their interactions that will help make the distinction?

As a raving loony with some understanding of AI, I would look at comparing where customers go in the store, who they interact with, and timing when they are making a purchase. Now how do we do this without being creepy? WiFi and Bluetooth!!!

Now you have some real data about store layout, and customer interaction that can be used to place and schedule shop assistants, place your products, show engagements with advertising, etc. You can even send shop assistants to help people through the Gruen Transfer in real time once it’s set up.

(Aside, Champions of change, thanks to their relationships with HPE can actually help with this example.)

Am I ready to grab this tiger by the tail?

Here is a handy dandy flow chart for helping you.

If you don’t have the data to analyse, then an AI has nothing to watch. Chances are, this step will produce improvements as a cursory glance over data will point to clusters of information

If you have not invested in data analysis, then an AI can’t know good from bad. This step will produce desired scenarios, and start changing your policies and procedures to produce better results.

AI systems will get better the more data you feed them. Feed them and train them often.

I suspect I’m an undiagnosed Aspie, so have poor human interaction skills. This makes me able to tell you that AI will not replace good sales people. You know, the ones that can read a situation, that are helpful, that know the products they sell, and know how to sell them. It will however allow you to identify them and utilize them better.

AI is slow and cumbersome and requires a LOT of data. My shoe robot project generated about 3GB of data to be analysed to work out what a shoe was. A human is able to do the job very quickly without the hassle. (This just goes to show how cool brains are.) So work out early if this is going to be worth the expense of setting up. As a general rule of thumb, you can expect 10% better outcomes using AI over not using it. However there is a cost attached to setting all this up, and it may be worth your while just to stick with normal business analysis tools rather than employing stupid computers to try to do the job.

The result? When they repeated the research, they discovered that a plain tie was more trustworthy and a red and blue tie? That was categorized as “Political” Don’t assume that today’s strategy will allow you to go forward forever. “Better is the enemy of Perfect.”

This document will evolve as I discover more uses for AI in a useful context. The state of the art keeps rolling on. More Knowledge domains are created daily. Have fun, and learn lots.